Once you have created a Twitter page for your business, you have great potential to gain customers and generate some good buzz for your company. But some business owners may not know exactly how to use Twitter for business effectively, and many small businesses have actually hurt their business by breaking some of the unwritten rules of Twitter. Here are some Do’s and Don’ts that will help you be successful with Twitter for your small business.

#1. Make sure you are building relationships, not advertising to your followers

You should be using Twitter to connect with your followers. Build a relationship with them by including them in conversations when appropriate and retweet things that you know are important to them. Don’t think of them as an audience, think of them as a big group of friends and use Twitter as the medium of conversation.

There’s nothing wrong with announcing something personal once in a while, like a birth. It lets your followers see that you are a human being; that there is a person behind there. But as a general rule, don’t tweet personal things. Your customers don’t want to know about your son’s little league game or the restaurant you went to last night unless they become friends – and in that case, they can see those updates on your personal page.

#TooManyHashtags. People who haven’t used Twitter very much tend to overuse hashtags, and to use them for things that don’t need to be hashtagged. Remember, when you create a hashtag, it is a tool for someone conducting a search. If someone searches your hashtag and your tweet comes up, you might get a new follower. But #JensFavoriteFoods isn’t a hashtag that anyone would think to search for.

#4. Use proper spelling and grammar

If you tweet too often, people are going to stop following you. Tweeting twice a day is about the maximum that anyone should do, especially a commercial enterprise.

On the other hand, tweeting too seldom will cause customers to forget about you and not even see your posts when they go by. Also, next time they prune their follow list, they might remove you because your tweets don’t stand out in their mind.

Imagine someone hacking into your Twitter account and posting racial slurs, insulting comments or major profanity on your feed. You will lose followers much faster than you can explain that it wasn’t you tweeting, so choose a decent password and keep your account safe.

Asking for retweets sounds needy. People should want to retweet what you are posting without you asking them.

Although direct message notifications are sent to your email, it is easy to miss them. Check your direct messages manually when you are at the computer so that you can answer any questions asked there.

An incomplete Twitter profile looks unprofessional. Also, try to get high-quality pictures taken for the background image (which should be a picture of your location). Make sure the logo or picture you use for the profile picture is high quality as well. 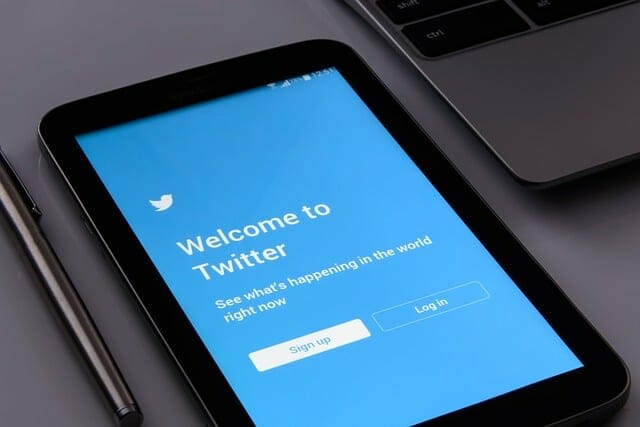 #12. Don’t delete tweets (and be careful what you tweet)

Transparency is what you want between you and you followers, who are also your customers. You want them to feel that they can trust you so deleting Tweets is a no-no, especially if people have favorited or commented on it. That makes it look as if you are hiding something. Instead, be very careful what you tweet and you’ll never have to delete anything.

#13. Be cautious when using others to tweet for you

You’re busy, and you need someone else to take over the tweeting for a while. That’s understandable but just make sure that you put someone you trust at the helm so that you don’t end up with a terrible tweet that makes you lose followers.

You don’t have to follow back everyone who follows you. Check out a person’s feed before you decide to follow them back, even when they are employees or customers. If your customers decide to follow who you follow and it turns out one of the people you follow tweets racist things, you might lose some followers that way as well.

Finally, don’t buy fake followers from Fiverr or anywhere else. It is immediately obvious to anyone who looks at your followers that you paid for them. Any small business that has as many followers as Beyonce is a dead giveaway that they bought followers.